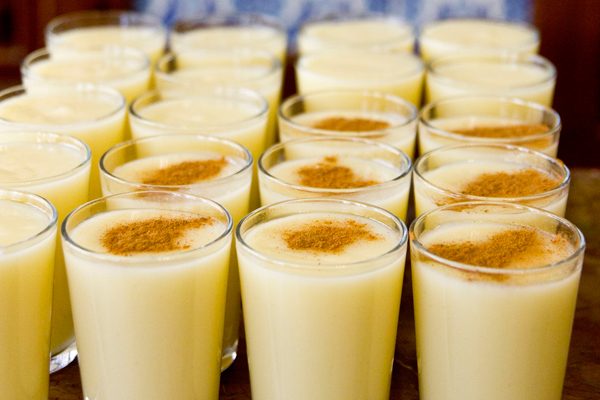 Boza, a traditional Turkish drink, is loved for its rich nutritional value and unique flavor. This drink with health benefits; It is prepared with millet, corn or bulgur. It is the indispensable drink of the winter months. In the past, boza sellers used to roam the streets on winter nights, and the regulars would buy them immediately.

Boza, whose history goes back to Mesopotamia, 8-9 thousand years ago, was a beverage that was consumed frequently in the Ottoman period. The beverage produced in places called “bozahane” in the Ottomans; Later, it was produced and consumed in the Middle East, Central Asia, Balkan and African countries. In those days, boza was drunk by adding molasses, cinnamon, cloves, ginger and coconut. Nowadays, it is drunk with cinnamon and yellow chickpeas.

The unique taste, consistency and aroma of boza differ according to the characteristics of the raw materials from which it is made. Boza produced in Europe does not taste the same as the boza produced in Asia or Turkey. Prepared as fermented boza, while it is sweeter the first time it is fermented, it starts to turn sour as it waits. The benefit of boza is that it is a fermented beverage. Boza, obtained by fermentation, also contains beneficial bacteria for the digestive system.

You can find all the details you want to know about the benefits of boza in this article.

Benefits of Boza Effective for Cough?

The benefits of boza are very effective for cough. It cuts the cough. It is possible to benefit from boza for coughing attacks that occur in colds, flu and similar respiratory diseases experienced by children and adults.

Diseases of the upper and lower respiratory tracts, which are mostly experienced in the winter months, cause severe coughing attacks. First, you should go to a specialist doctor and get checked. Then, in addition to the treatments recommended by the doctor, you can also consume boza. The vitamins and minerals in the composition of boza have a structure that strengthens the immune system. Since Boza is a fermented beverage, it can fight some bacteria. If consumed regularly during the winter months without exaggeration, it can be beneficial for children and adults to relax their bronchi and to produce sputum.

It clears the respiratory tract and facilitates breathing. Drinking boza, especially during illness, offers refreshing power to the body. It gives energy and strengthens the body. It helps to get over the disease more easily.

The benefits of boza to men are just as important as its benefits to women and children. Boza, which strengthens the immune system, reduces stress and gives energy; It also contributes to the sexual life of men.

It has an aphrodisiac effect. Because boza is a strong energy drink mostly preferred by athletes due to the vitamins and minerals it contains. Since it contains B group vitamins, it relaxes the nervous system and relieves stress. It also relieves mental fatigue. The fact that it contains vitamin E contributes to its beneficial effect on sexual power. Vitamin E has an invigorating effect on sexual life.

Professor İbrahim Saraçoğlu’s views on the benefits of boza include the following information:

Harms and Side Effects of Boza

In this article, which provides detailed information about the benefits and harms of boza, it is time to explain the harms of boza. In fact, boza obtained from natural food products by fermentation method has no harm. It may just have some side effects. It is not right to consume too much. Since boza is made with millet, corn or bulgur, it can lead to undesirable results if consumed by those who are allergic to these nutrients.

There are no comprehensive scientific studies on the benefits or harms of boza. There is a limited research study conducted by TUBITAK in Turkey. Research results have shown that boza is a safe beverage.

As with every food product, some side effects occur as a result of excessive consumption of boza. When it is consumed too much, bloating in the stomach and gas problem in the intestines are experienced. It is recommended to consume a maximum of 2 glasses a day as a suitable form of use. Although the acids formed during fermentation are beneficial for human health, they increase the acid rate in the body when consumed excessively. Since bowel movements will increase due to excess acid, it can cause diarrhea.

Boza is a beverage that can be easily prepared at home. You and your children can enjoy the boza that you will prepare from the most natural and healthy products. This drink, which is consumed in moderation, is beneficial for human health.